Renewable energy technologies are the future, and while the cost of fuel like natural gas is historically low, renewables are set to have the most significant growth in the electricity sector by 2023. This efficient segment of the world's energy generation industry often gets heaps of media attention. Still, people have historically written off renewables because they are thought to be complicated and cost-prohibitive. However, with the material cost of generation and storage dropping rapidly, home and building owners are beginning to take note. Wind turbines certainly grab your attention as they appear over the horizon, each blade occupying around one acre of vertical airspace. Solar panels are unmistakable, with their jet black coloring and often large-format arrays. This brings us to geothermal heat pumps. With a profile and application that is mainly underground and out of sight, installing geothermal is a cost-efficient improvement that is not often seen... but is it renewable? 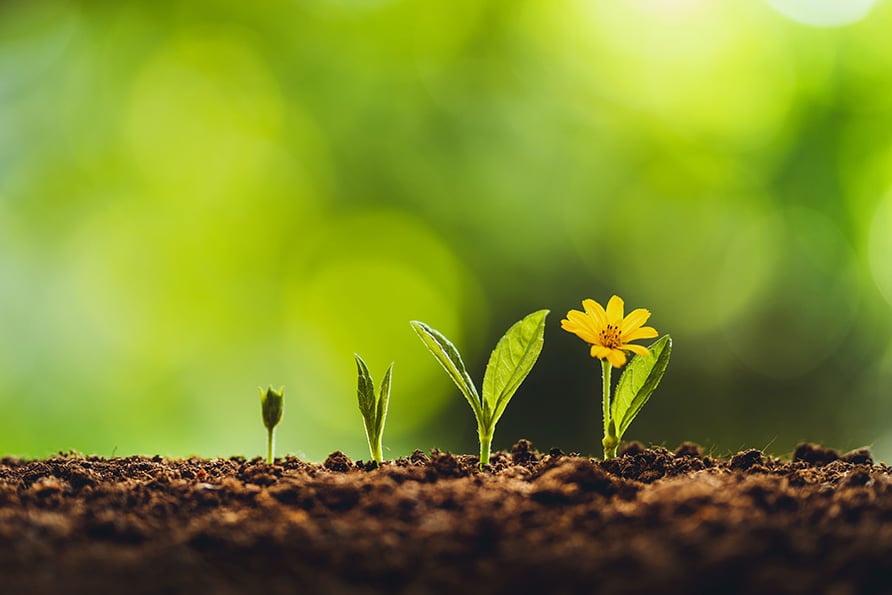 Is Geothermal Heating and Cooling A Renewable Technology?

What Does It Mean To Be A Renewable?

By definition, the energy generated by a renewable technology must come from a renewable resource. Renewable resources naturally replenish the portion depleted by consumption relative to the life span of the organism that consumes it. This idea isn't new, and the concept of renewable resources is the only reason life can exist on Earth. Organisms die and decompose, and eucalyptus grows at a rate to sustain a koala population. These are natural examples of renewable resources in action. However, because the human lifespan is ever-growing and our need for energy continues to expand, the term "renewable" is not so simple for us.
For humans, we look towards wind, solar, water, and geothermal energy sources when engaging in this dialogue. These resources, being largely untapped, represent a significant amount of potential energy production that can meet our energy demands many times over.

The term geothermal quite literally means "internal heat of the earth" but, when you're talking about the subject in terms of energy production and utilization, there can be some confusion.

Traditionally, when people use the word "geothermal," they're referring to heat extracted from deep within the Earth's crust. Whether it's a natural hot spring or a 3-mile-deep well, the energy source is the same. This supply is how geothermal power plants get their energy and actively supply power to entire cities - those wells run extremely hot. When drilling a borehole for geothermal power production, the hole must be deep enough to tap into the heat that radiates from Earth's core. Temperatures at those depths can easily exceed 400°F.

When the discussion flips to geothermal heating and cooling, the term is the same, but the energy source is wildly different. In the installation of geothermal heat pumps, a system of pipes is laid horizontally at 5-8 feet deep or vertically drilled at around 150-250 feet. This depth is considerable, but it's nowhere near deep enough to access the heat energy that radiates from the Earth's core. With this technology, the ground is acting as a large solar panel, trapping around 50% of the total solar energy that reaches the Earth. This stored energy keeps the surrounding soil at a reasonably constant temperature year-round. It's the mechanism by which your geothermal heat pump can so effectively draw heat from the Earth in winter or dump heat into the ground from your home in summer.

So, What Makes It Renewable?

With geothermal energy production, it's clear how that energy source is renewable, as the power stored in the Earth's crust and deeper is virtually limitless. However, with geothermal heat pumps, don't you still have to plug the unit into wall power?

While this is true, geothermal heat pumps are typically categorized as renewable because of how efficient they are at their job. Traditional furnaces and air conditioners struggle with efficiency. Most deliver less than one heating or cooling unit per unit of fuel consumed, whether that fuel is natural gas, propane, electricity, or otherwise. This output-to-consumption ratio is a metric called Coefficient of Performance, or COP, commonly associated with geothermal heat pumps. A COP of 1:1 would mean that that unit is 100% efficient, and uses as much fuel as it creates heating or cooling power. As an example, a modern high-efficiency furnace can deliver around a 0.97:1 COP (approximately AFUE of 97%), meaning you get 97% of the heating that you paid for in fuel.

The geothermal loop system is an effective way of transferring heat energy to and from your home. The unit can actually deliver a higher ratio of heating and cooling power than electricity that it consumes, a COP of up to 5:1. This efficiency is the reason for all the impressive savings numbers that homeowners typically see when switching to geothermal! Geothermal has the potential to produce more home comfort power than the energy it consumes, thus making it part of the renewable technology family!

Geothermal is the best-kept secret in the HVAC industry and, even though it has been around for longer than solar, the reliability and efficiencies of this technology are undeniable. If you're interested in geothermal, solar, or both, contact us below!

Geothermal Financing: How Does It Work?
Guide to the 26% U.S. Federal Tax Credit for Residential Geothermal Systems